Combined Speed & Classic Stunt. We had our first speed comp since the lockdown started, but we had been testing since, due to slight re-strictions allowing only up to 10 at field.Mark flew his Profi FAI but only did a few laps and stopped suddenly mid flight, the result of broken rod. He has had a heap of breakages lately, rods, cranks, balance weights coming loose and milling away at the conrod. 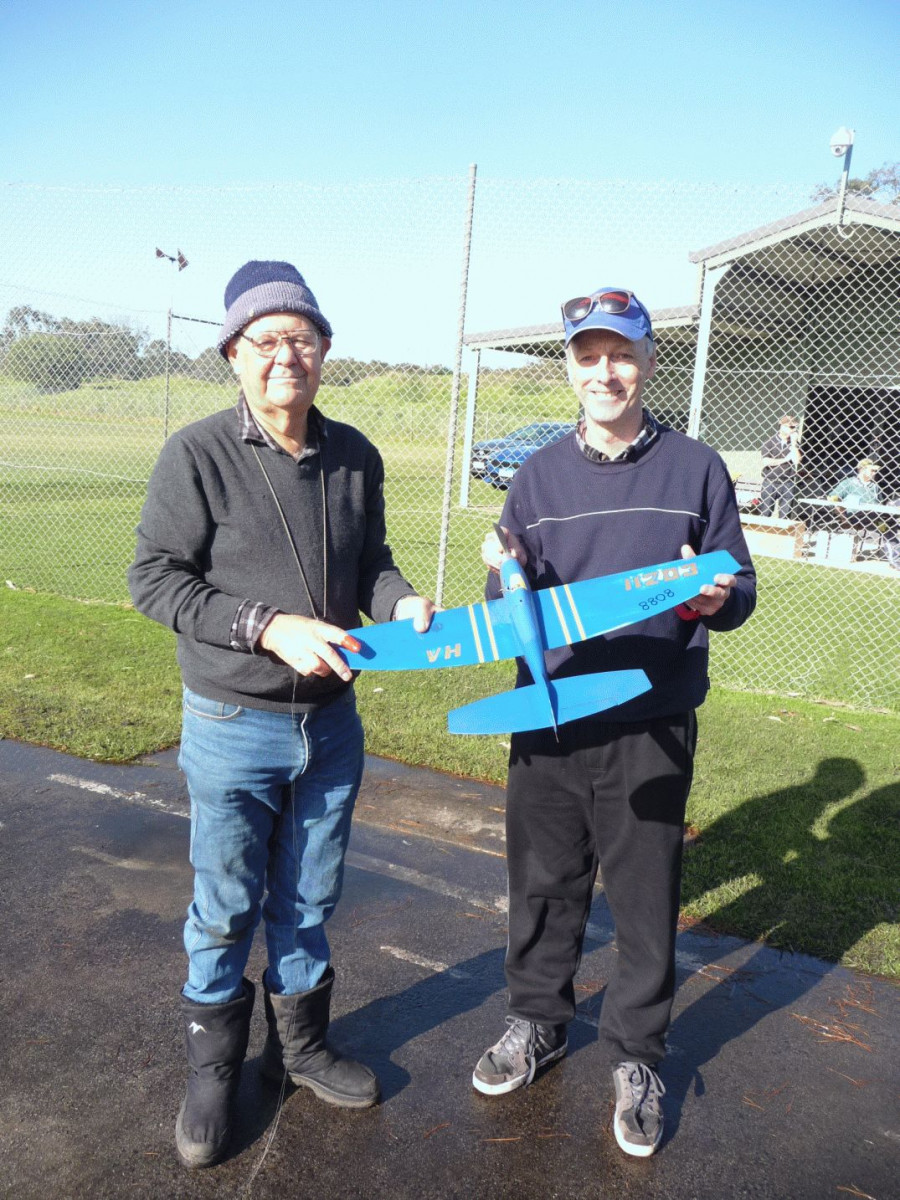 I believe the quality is going down-hill. He is not over revving it at 38500 rpm, as it should be 39500+. After a close inspection of the crankshaft it was noted that the oil hole for lubricating the crankpin did not mate up with the small pocket on the flywheel face. Some bronze metal was bonded to the crankpin so it seems that lubrication has been a problem. A bit of “Dremel” rectification work has been carried out and some further test flights have been undertaken.

Murray flew a Halman special that was once Noel Wakes. Murray built a great model for it, trouble is the piston came with a score in it and it has little comp, when we first tested it a circlip kept wanting to come out, but we spotted in time so I set it up and deepened the circlip groove a few thou.Circlips grooves are a problem in Irvine’s, I and others had the problem of grooves made to close to edge of piston and piston would chip out.

Harry flew his Profi that has had no problems, his trouble is keeping up with it in the pylon, which is my problem, I flew my good Class 5 .21 No-varossi and went best ever, just under the record but I was having trouble with my legs keeping up for the last few laps. I just don’t have any energy, due to CLL [lychemia] I will have to fly vintage or get a fit young pilot !!!!! Ken Hunting won with his ½ A Proto, I think we timed it for the correct number of laps.

Andrew was going to fly his Class 1 but found that the prop was damaged and did not have another spare with him. Gary Whitburn who also flies r/c pylon and sport flies with us flew my old “Devil” with Enya CX11 just for fun. There are a number of OS CZ11PS and Enya motor in models for Class 1 speed but they do not get flown as they are not competitive with the Novarossi’ s. What happened with flying for fun??

Maybe we could have a “B” grade sub class for them with a lower record??? Just split the results. As I do all the results it’s not a problem. Feedback please. If anyone wants to have a go at speed and is serious I can lend them models, need to be able fly a stunt model. Getting back to the Profi’s I have a 1996 model and have flown it hundreds of times at record speed. I did have some trouble with the puny rod after a while so put an Irvine rod in it re-bushed to fit. 5 pistons later it finally broke the crank pin off, I accept that as you will break things sometimes, that is par for the coarse, the re-bushed rod was still a good fit on pin. It never damaged anything else.

Hope to see you at next speed comp.
Thanks to Ron Lacey and Ken Hunting for helping me time keep.
Robin.

A total of six flew Classic Stunt at our June comp, Stunt was flown before Combined Speed as the weather was lovely and there was no wind. The ground was a bit soggy after all the recent rain.
We only had time for 1 round as we had a late start and guys practicing, plus we wanted to fly speed after.