Combined Speed. Good weather greeted us for our first speed comp since November last year. The usual guys turned up less Murray, and after a lethargic start we got under way. I was first up with my Proto model with an OS 30VG as the Novarossi .28 has a few issues and I had the OS in stock. It went OK. 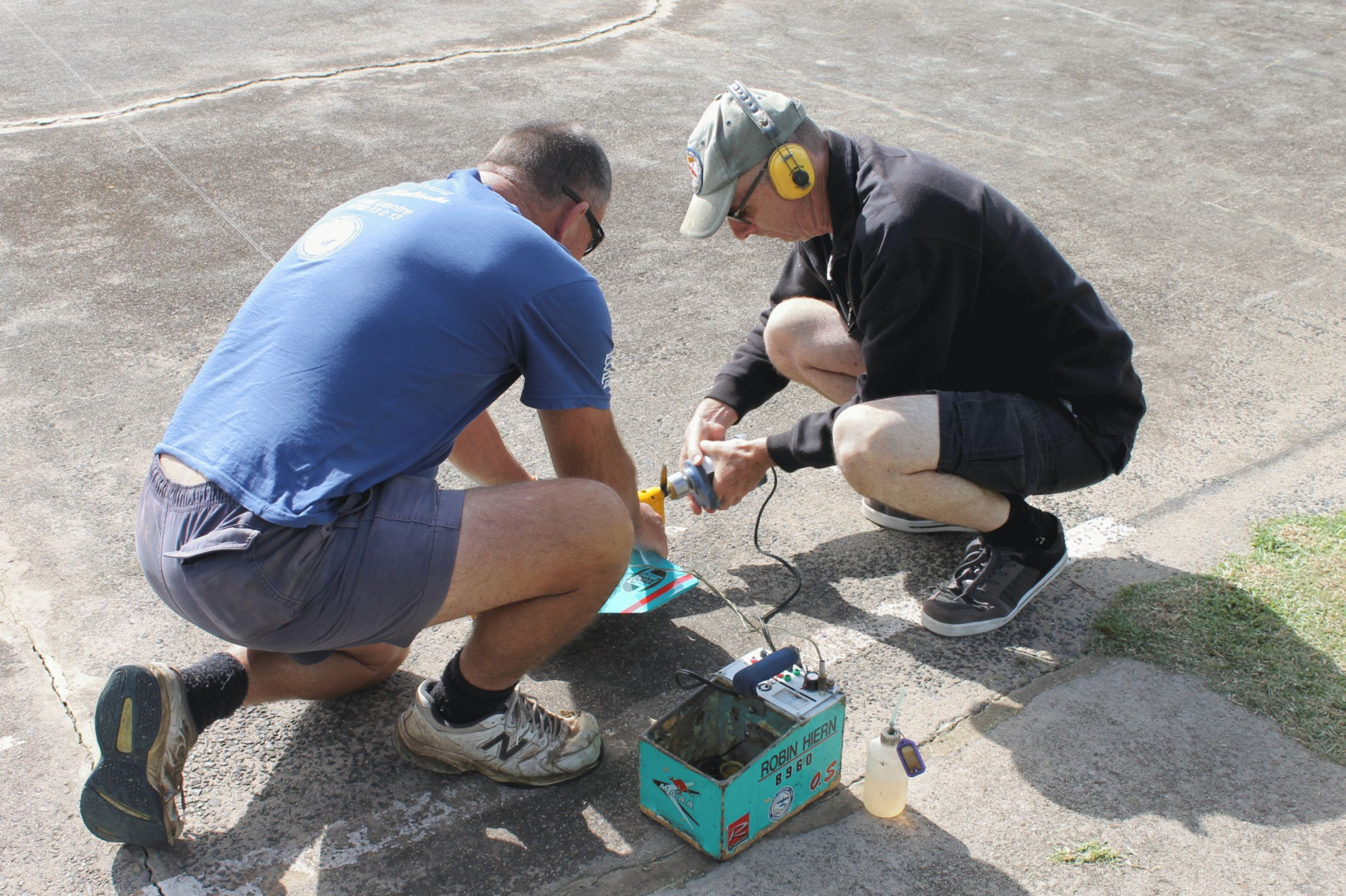 The 2nd flight was fast but slowed down, I found out the pipe stinger was broken, so tried another pipe, This time it went even better but slowed, this time plug had come loose. Harry flew a NR.21 Class 5 for 3 good flights, he also flew his FAI with 2 flights, more time practicing in the pylon will help, which was proven when Mark flew the same model and setting about 3/10th second faster. Mark could not fly FAI as his Profi broke the crankpin of in South Aus-tralia the week before. Ken flew his a ½ A Proto as usual for 3 recorded times getting faster each time.

He tried to fly his NR 12 class 2 model but had plumbing problems ???? it is a good engine just need sorting. An-drew flew his reliable NR 12 again only twice, saving it for Vic State Champs which wont happen now. I flew my newer NR 12 a bit more up spec????!!! than ones I usually use, I got it for first WW Nats but did not go. Disappointed, I just kept flying it. Had a few flights to try and get better in pylon the week before, as I cannot rotate fast around pylon, due to old age and Lymphatic lychemia, so limits what I fly.

In comp it went very well under 16 seconds nearly as fast as my old one. Had hoped Paul would have come over as he seemed to enjoy flying my old Devil with Enya CX11 last comp but it did not happen. The latest Profis seem to be having a few problems, especially cranks, this is the second pin to break off in Victoria, on the same crank last year the counterweights kept coming loose munching into conrod. Bits usually go through integral rear bearing damaging it so a new shaft and bearing required $$$ Mark was lucky!!! It was ok, I fixed it up so they no longer come out. A few others have had the same problem I hear. Some say there is a problem with conrod big end bush tapered but I think that is deliberate, however the slight radius where bush meets RADIUS on pin is not big enough needing careful work. I do not like the new liners out of BRASS ?? compared with the GREAT Beryllium copper, they do not Bellmouth like brass ones i.e. Ir-vine /Rossi etc. loosing their taper.

My original Profi 1996 that I used in competition is on it 5th piston, the liner has not moved in all this time. Measuring Marks broken big end pin it has a small amount of wear tapered and oval [normal] but his shaft has had little use. The shaft out of my deceased 2002 motor the pin has only half the wear and has had years of service. What do you do, I only flew for fun at my reduced speed, but others are serious.Time for a pipe change. Seeing there is no State Champs at Easter our next comp is in May, hope we can get all down for a fun day