Coreflute Combat  and Classic Stunt.  The October contest at the CLAMF club was a very casual laid back affair with the scheduled events of F2B and Classic Stunt plus Coreflute combat approached with regard to the not so favourable windy weather. 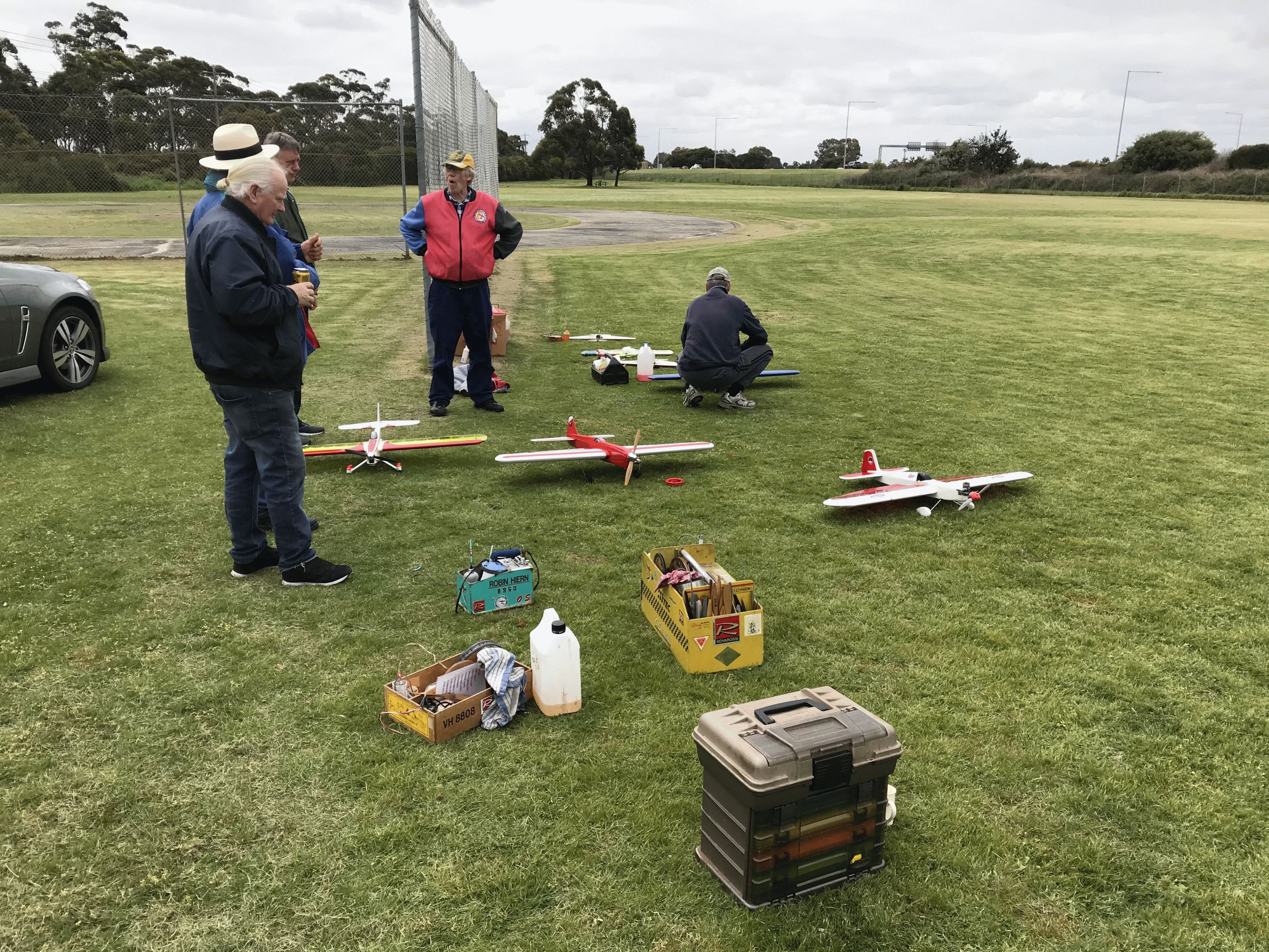 Some of the Stunter models were brought out of the cars but there was no rush to get a contest underway as the flying conditions were marginal. Every time it seemed that the wind was dropping off there would be a gust that was enough to give anyone second thoughts though eventually the six models and their pilots were persuaded to have a few flights.

Ron Lacey was given the task of unofficial Judge and without the use of score sheets formed a personal opinion of who flew the best flights of the Classic Stunt pattern. Harry Bailey had flown a couple of flights of his “Dolphin/Double Star 40” before Ron did his assess-ments so based on the lack of eye witness judgement he gained 6th place. Murray Wilson flew some very nice flights with his electric motor powered Warbird and was granted 1st place.

Mark Ellins and Paul Stein both flew “Noblers” and were judged to be equal second. Mark might have fared better if he had stuck to the Classic pattern instead of chucking in a few ad-lib F2B manoeuvres. Andrew Nugent’s new “Caprice” looked the part and was granted fourth. Robin Hiern campaigned an Aeroflyte “Thunderstreak” and was judged to be 5th place.
Thanks for judging Ron, but don’t give up your day job!