Combined Speed & Classic Stunt. It was a brisk winter morning when a small but enthusiastic group of flyers assembled at the CLAMF field for a day of Combined Speed and Classic Stunt flying. The weather forecast was optimistic and when we first arrived the early morning sun was bringing some warmth to the day but then some mist drifted in and the accompanying temperature drop sent us scurrying for our warm coats and beany hats. 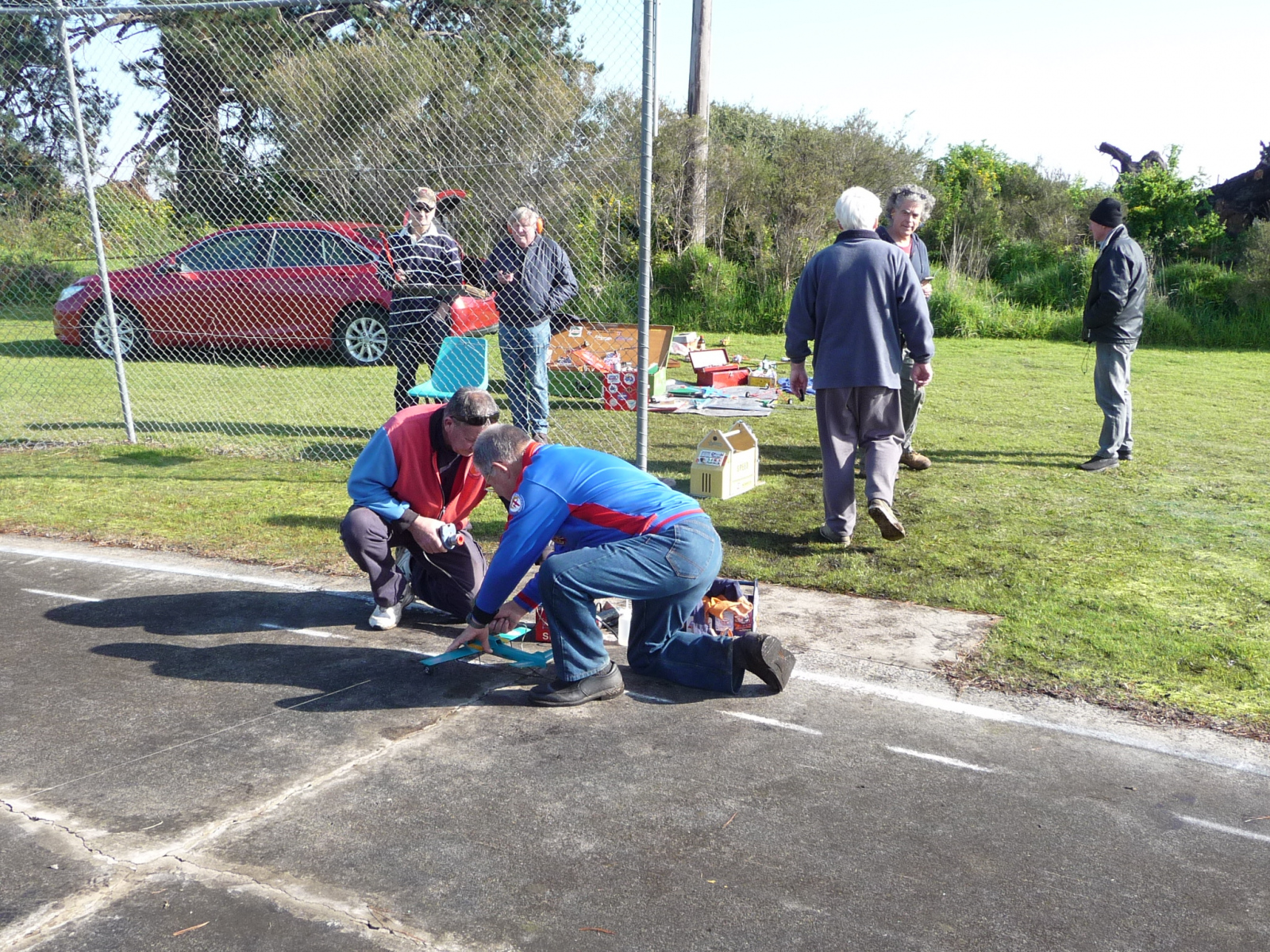 There was no great rush to get activity under way whilst the mist hung around but the sun gradually broke through again, the temperature started to rise and activity began to take place. The wind sock on top of the barn was hanging vertically and it remained that way all day for what turned out to be a glorious day for model flying.

On the previous weekend a speed competition had been scheduled at SSME but I believe only Ron Blomberry turned up, very disappointing! We did a little better as four competitors had brought along a selection of models to fly combined speed and Robin Hiern flew three classes despite the fact he was not having an easy time with the faster rotating models as the exertion was tending to leave him short of breath. Non the less, he recorded some creditable times in all the classes that he flew. Andrew Nugent flew his Class 1 model that Robin had done some tweaking to the Novarossi engine as it had lost its urge at recent competitions, but it was still not revving as much as it used too.

Harry flew his ex-Noel Wake Proto model with a Force 21 engine but the speed was well below the current record. Ken Hunting had brought models for four classes and flew a couple of flights with his 1/2A Proto. The OS Max 3 in his vintage FAI model refused to fire up and his other two models were not tested.

After the lunchtime natter and sausage sizzle the Classic Stunt models were prepared for action. Derek Pickard had sent his apologies for not being in attendance because he needed to be elsewhere, so it was only the five CLAMF members left to take advantage of the superb flying conditions, but this number was reduced to four when the engine in Paul Stein’s Nobler refused to start (probable fuel blockage). Paul shared the judging duties with Mark Ellins.

With five different model designs and engines ranging in size from 1.5cc to .46 cu in we proceeded to fly round 1. Mark led the way with a well flown pattern, followed by Andrew with his “Caprice/Enya 45”. Harry was the least experienced stunt flyer flying his “Top Flight Nobler/OS LA 46”. Lots of his manoeuvres were ragged but he did complete the pattern and was happy to make a safe landing. Robin had brought his “Mercury Marvin” fitted with an Elfin 149. Because the conditions were favourable it flew admirably. The day was too good to waste so we flew a second round. This time Robin flew his “Skylark” instead of the “Marvin” and every flyer improved on their first round score excepting Andrew who ran out of fuel before starting the four leaf clover.