March 29th, 2022 by admin
Navy Carrier & Combined Stunt. It seems that the last official Navy Carrier competition at Frankston was on February 2015 with HMAS Seaford set up on the small grass circle close to the barn. 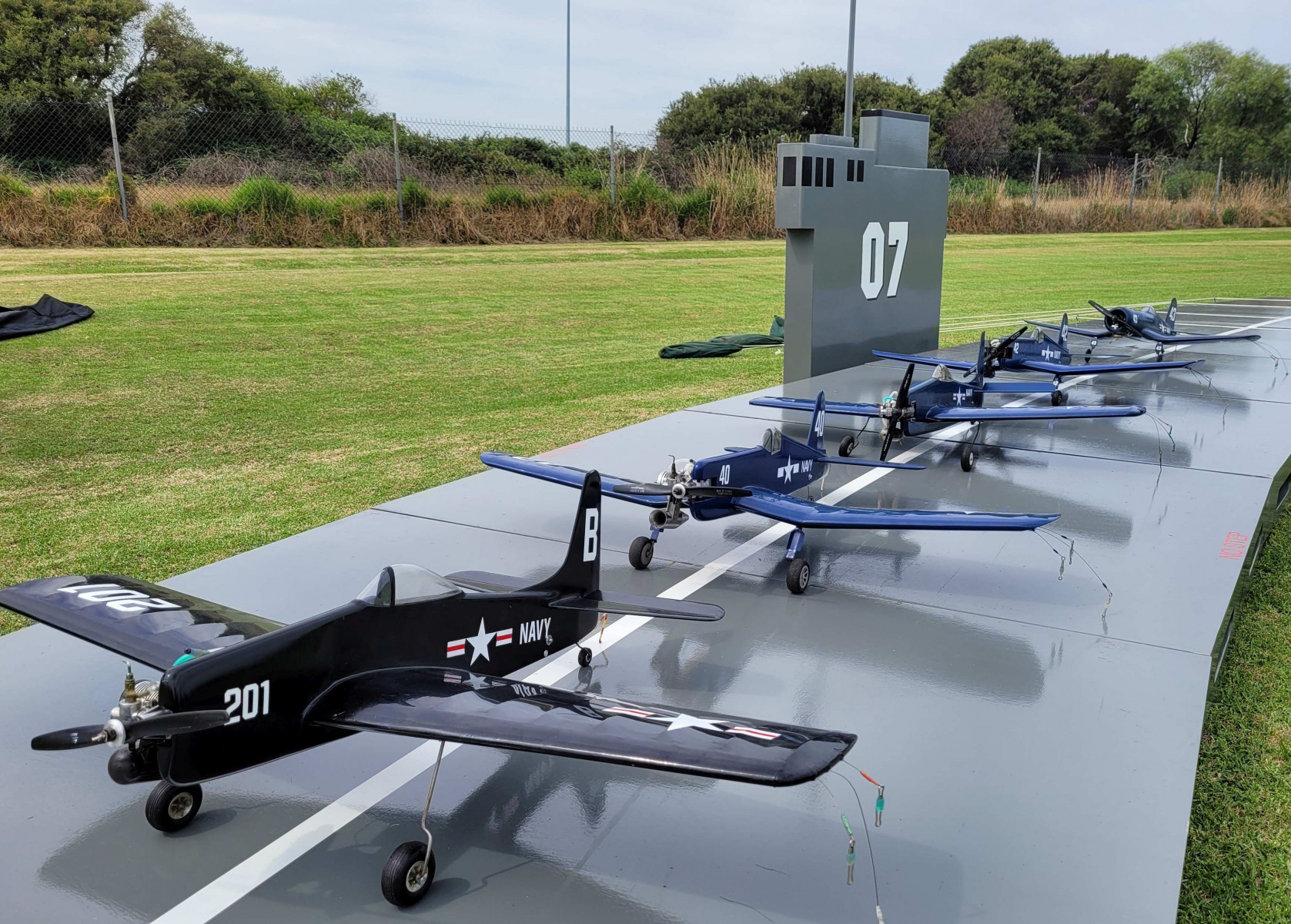 Image 1 of 22
Other attempts have been made to use the carrier deck but the weather, lack of entries or many other reasons prevented the events from going ahead. In February 2017 the deck inside the trailer was rolled out ready for use with some models pictured along side it but it did not get used. So that makes it around 5 years since the last Navy Carrier comp…. wow! Our contest calendar had Carrier Deck contest listed for March 20th so the deck was set up and five US Navy models were made ready to be put through their capabilities to do a take off and seven timed fast laps. Following the fast laps it’s time to throttle back and do seven timed laps as slow as possible without touching the ground (water). Now comes the tricky bit, lower the arrester hook and land the model on the deck using the arresting ropes to stop the models motion. Maximum points if you manage it on your first pass and loose points the more attempts you make. The calm weather on the day helped greatly with the slow laps. Navy Carrier Results: Classic Stunt Results:

Combined Speed.  A mixed selection of speed models and classes were put into action over the hard surface at the CLAMF field on a pleasant day for flying. Robin Hiern set the fastest percentage speed using his Novarossi .21 Class 5 model. 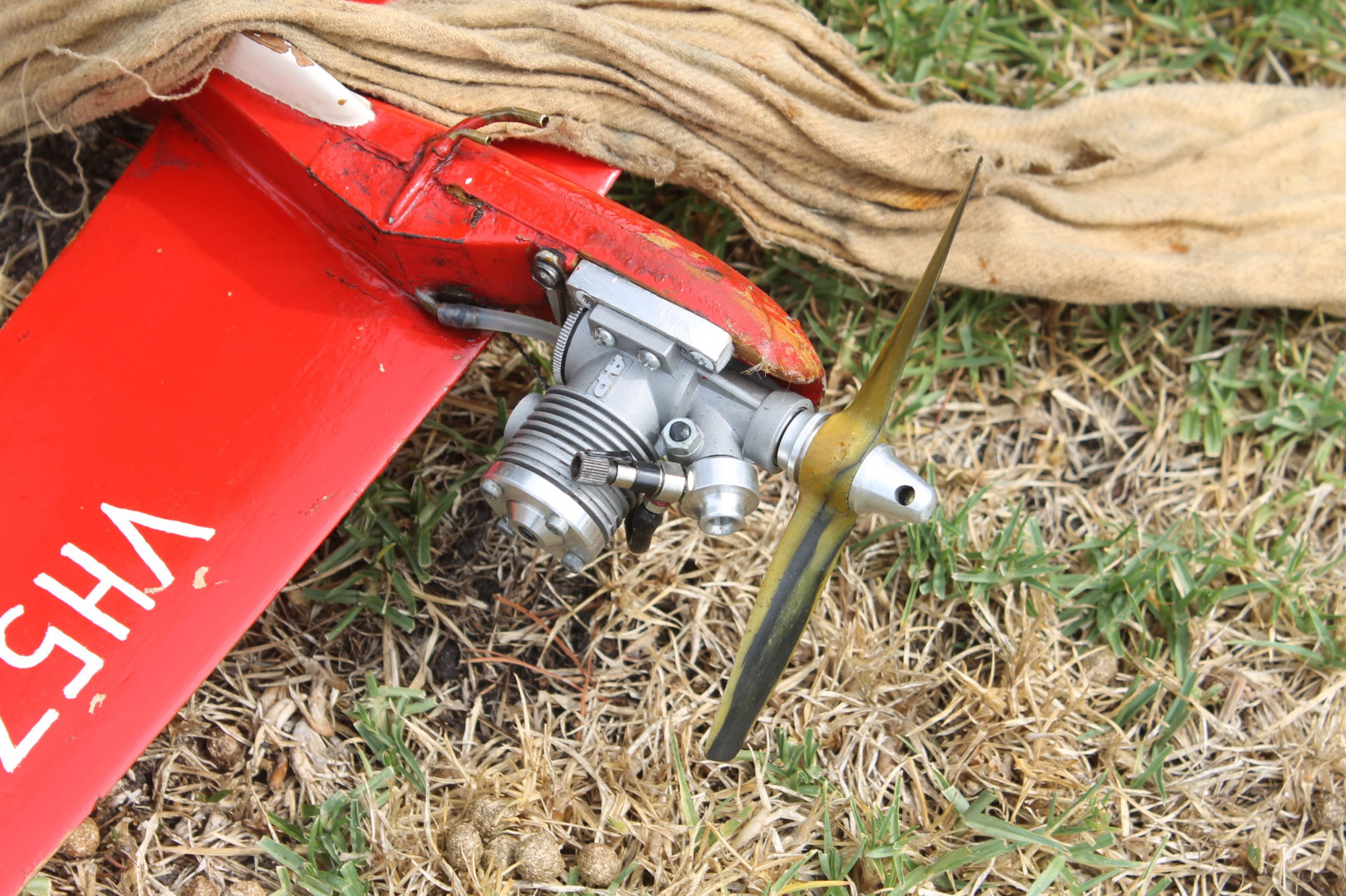 His first flight of the day was his fastest followed by two more flights that were a little bit slower. Mark Ellins was using the FAI pylon and short lines on his Class 1 model so that he could get the rotation speed similar to FAI for practice purposes. Andrew Nugent’s usually reliable Novarossi 12, Class 1 engine sounded “off” during it’s only flight so it will be disassembled for investigation. Thanks to Terry Dodds and Ron Savage for turning up and doing the timekeeping.
It was not only speed that was flown as plenty of sports flying took place as well.