Speed  & Vintage Combat. The speed day for our regular fliers turned out to be hot with light winds. One of the things we tried to do was set some new proper speed records, now that the Maximum of 10% NITRO rule is through. This applies only to official Australian classes as per MAAA rule book. For unofficial classes, use whatever you want. We need to have a complete set of genuine records so that when we go to the West Wyalong Nats in April 2018 it is an equal playing field not a lottery. I have done testing over the last few months with 10% and not found any problems. So far we have 3 base records in Class 1 =2cc , Class 5 .21 and B Proto. 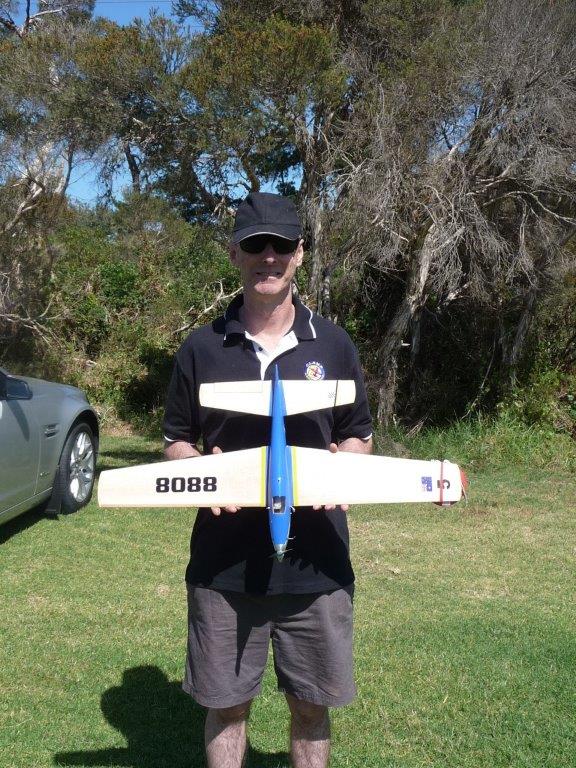 Class 1 seems to have had a bit of resurgence lately with Mark, Andrew and Harry flying regularly helped by the fact of using low nitro fuel, maybe justifying the change. Noel did not fly as he was unwell. Murray had 2 flights with his F2A at a good speed. Thanks again to our 3 timekeepers Peter Roberts, Noel Wake and Ken Hunting. Thanks to Fiona and Rebecca Wilson for the lunch. We still need guys to set records in other classes. I expect the ones that had the rec-ords in the high Nitro days to be the ones to set them, but anyone is welcome just get out and fly. The sooner we do and get models processed we can send to MAAA to process the red tape. This does not leave much time till the Nats in April. The official glow fuel mix is 20% castor, 10% nitromethane and 70% methanol. It’s the same as F2D combat have used for years. Thank you for everyone who turned up.

The Vintage Combat contest took place after the lunch break. Mark Ellins and Andrew Nugent were conscripted into cut judging and found a shady spot at the side of the club barn to keep out of the rather hot sun.

There were not many spare hands to help with running of the contest so the four competitors doubled up as mechanics when they were not flying.

Murray Wilson suffered two destroyed models in his two bouts and exited the contest at an early stage. Ken managed a win against Murray and then had two losses against Harry and Tony. Tony was beaten by Harry in the first bout of the day and the pair met up again in the final bout and Harry won that bout by two cuts to one so finished the day as the un-beaten winner.