Speed  & Coreflute Combat. Weather for our comp was perfect, considering the cold /wet/wind, we have had for weeks before and after. We must have pleased the speed gods. A good turn up, with a few flying Class 1 [2cc], we had a variety of setups, some of the upright OS 11 guys are still on the thinner wires to make it fair against the Novarossis. Some are now using the 10 % nitro fuel that is coming in soon. The MAAA passed it months ago but have not notified members. 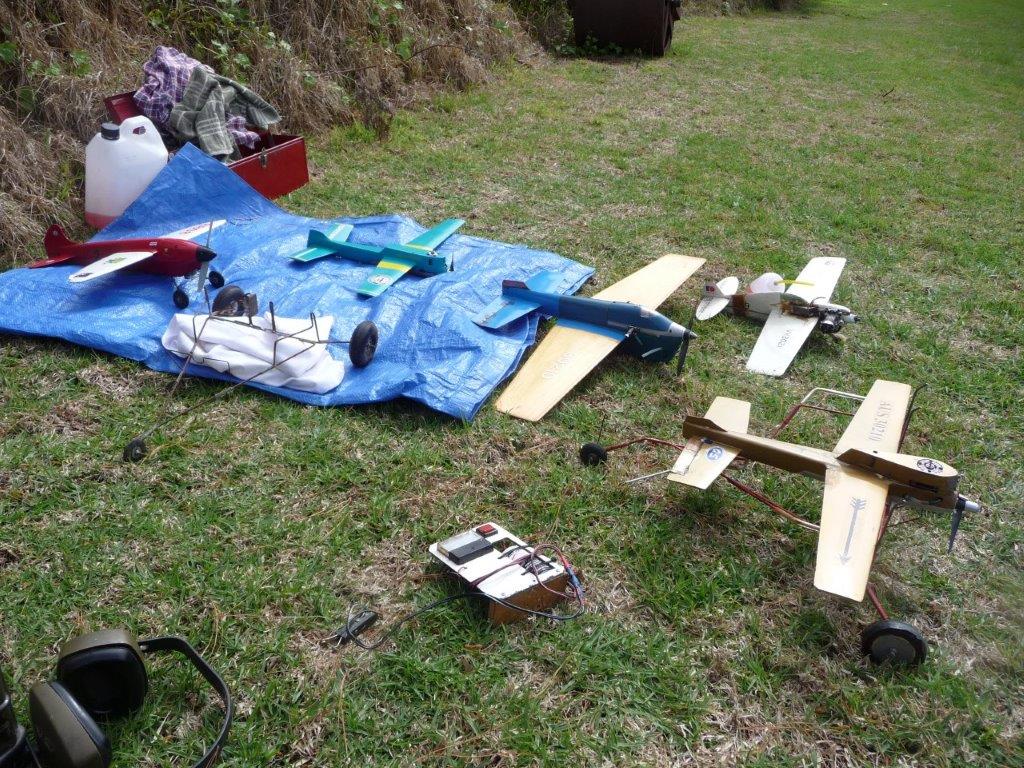 To be legal for the 2018 NATS at West Wyalong, rule must be in place 6 months before a Nationals, which means 17th October. A long time ago it was suggested we go to 10% ni-tro, and I was against it personally as it was another facet of engine tuning coming up with a good brew, however now that Propylene Oxide has become almost unobtainable and expensive, and running high nitro without it is a disadvantage. If you had some no problem, but if not you are slower. Newcomers would not know how or where to get it so we cannot have the haves and the have nots. I now think that 10% is a great idea for everyone, easier on motors and a healthier option, not that I have any trouble with my Novarossi. Meanwhile back to the contest. I am having a few health issues and have no energy and shortness of breath, Doctors are still investi-gating, I flew my Class 5 and Class 1 to try I would not have been able to keep up with anything faster, was having trouble on the 10 %. Murray flew one of his Profi FAI’s not his good one, he was going to fly his old G21 -29 ST 2 line but ran out of time as he also flew in the vintage combat competition. Noel and Andrew flew there Perkies but only 2 flew so, Andrew was the fastest so he was declared the winner. Need 3 to get an average result. Once again thanks to our timekeepers Ron Savage and Phil Wake for timing etc. and Fiona for the Lunch. Next comp is in November 12th time to set some provisional records.