Classic FAI  & Vintage A Team Race. Classic FAI and Vintage A team race models were in action at the last racing competition of the year at Frankston.

There were six teams entered for Classic FAI. Some people doubled up on team membership to help make up the team numbers. Keith Baddock was on hand for the CD duties and he kept the teams focussed on the day’s racing. The engines used on the day were mainly Parra’s and Fora’s and the Nugent/Ellins team were using a Nelson. Harry Bailey had the crash of the day which resulted in a wrecked model and a two piece Fora. 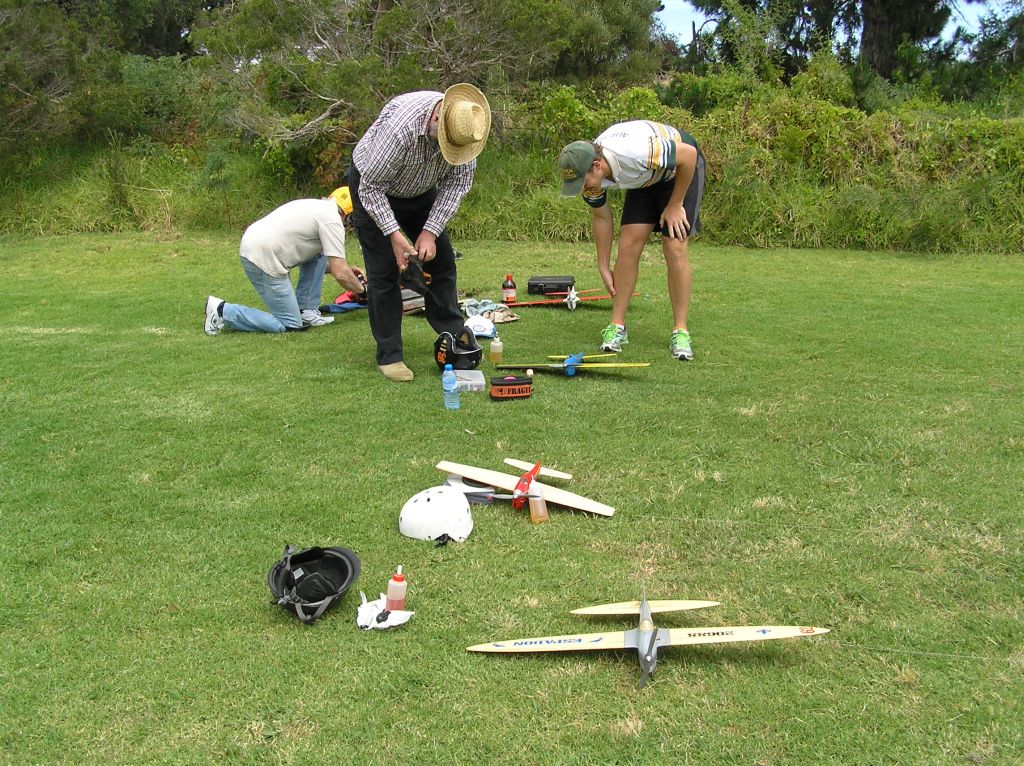 Wilson/Lacey had a comfortable win in the 200 lap final race finishing one minute in front of Nugent/Ellins.

Vintage A models were next to fly on the concrete circle. Harry Bailey and Ken Hunting elected to use CS Oliver engines whilst Wilson/Baker and Nugent/Stein used R250. Paul had his repaired “Dimpled Dumpling” Ken Hunting had a “Tiger Terror” and both Bailey/Roberts and Wilson/Baker were campaigning “Olympian’s”. Nugent/Stein were the eventual winners.

Classic B was also on the events list for the day but with only two models ready to race it was difficult to raise enough enthusiasm to move over to the big grass circle and mark out the flying lines so we all took a break from racing and some sports flying took place instead. Andrew Nugent was seen putting a Vintage Combat model through its paces.

As this was the last contest for the year we organised some take away Indian curry and fish & chips and utilised the facilities available at the CLAMF barn. Rebecca brought along an Oreo cake for desert.