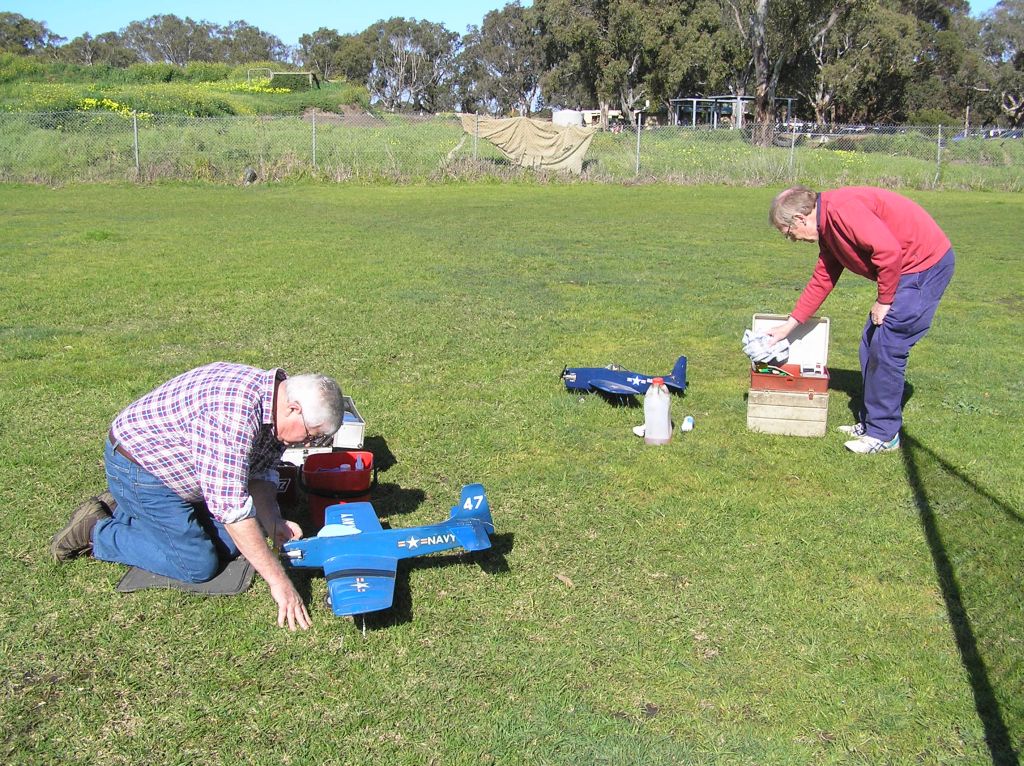 Our junior pilots flying multi-purpose ‘Terminator’ models impressed the crowds with a high standard of flying skills; competition ready! A few Goodyear racers and combat models also took to the sky during the day. It’s always enjoyable to be at the field with everyone to catch up on the latest news and make some noise.

Combined Speed. A bit of Despite the bad weather forecast (high winds/rain, etc.) the Sunday morning was O.K. We had a good contest, the wind was not a problem and no rain but after we left it did deteriorate. The theme seemed to be mostly vintage models, not planned that way but that’s how it worked out. 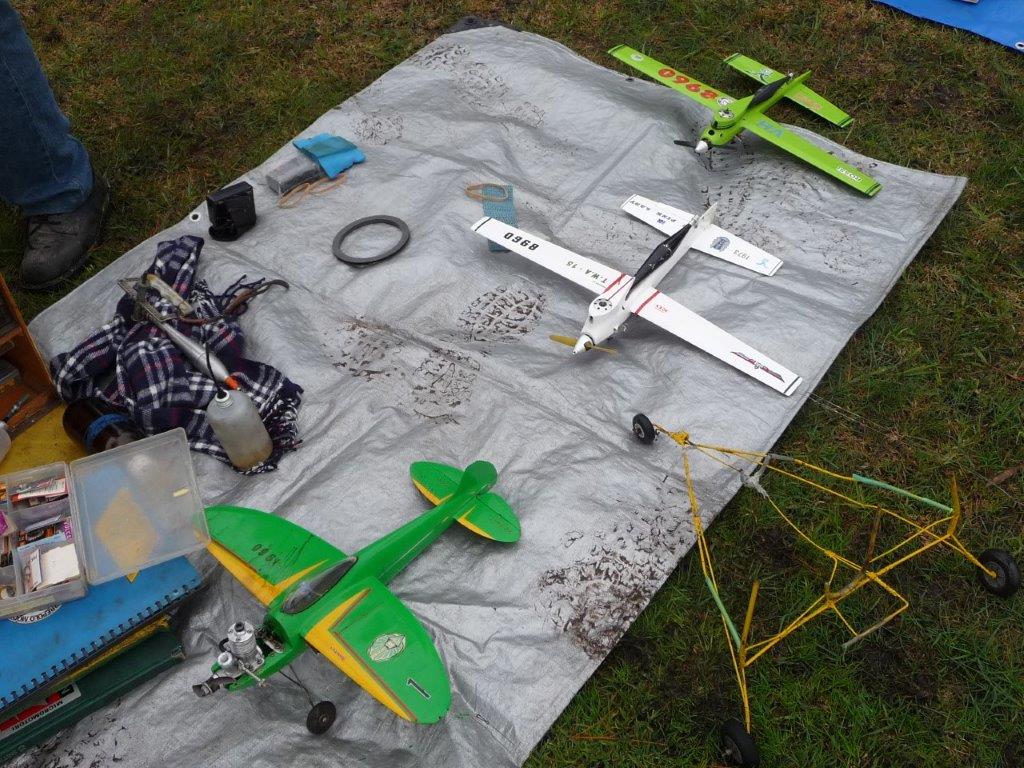 Noel had a new Vintage Proto “Chatterbox” with an Enya .29. These models don’t seem to land that well as Vern Marquet also has one and it bounces badly on landing, Noels does the same, although on the second flight it had a bad vibration and shook the wheels off and landed much better on just the u/c legs.

We had 3 Perky models so we were able to get an average of the times. I flew my Perky to see if I could manage flying as I recently had health issues when a major vertigo attack put me in hospital for a week. It was thought I may have had a small stroke and my balance was very bad, so I was not sure if I could fly, but I managed O.K. Harry flew the only modern model. His Class 1 “Arrow” 2cc had undergone some recent repairs and had a few range issues [like all of us]?

After seeing Carl Dodge fly his old 1970’s “Pink Lady” and TWA .15 at the World Champs for fun, I got mine out and made new piston. It still needs some sorting out as I have not been able to do some test flying. Also tried my Moki S6T which was a late 60’s piped RI/RE FAI engine used by the Hungarians. For Vintage FAI I tried my Moki S3 .15 RI SE, with Super Tigre type porting. Andrew flew his Fora .15 glow to be fastest “Perky” and Noel tried a ST G20 /.15 glow. It was good for us to get out and have our speed fix as it is 5 months since our last club speed contest. Do You guys want more per year?

Once again thanks to Ron Savage and Phil Wake for timing and other helpers for preparing lunch etc.