Speed & Navy Carrier. Good weather greeted us for the comp day although it was a little hot! Only Speed was run once again thanks to our regular timekeeper Ron Savage and Phil Wake, also thanks to club for the gazebo for shelter and help on the day. 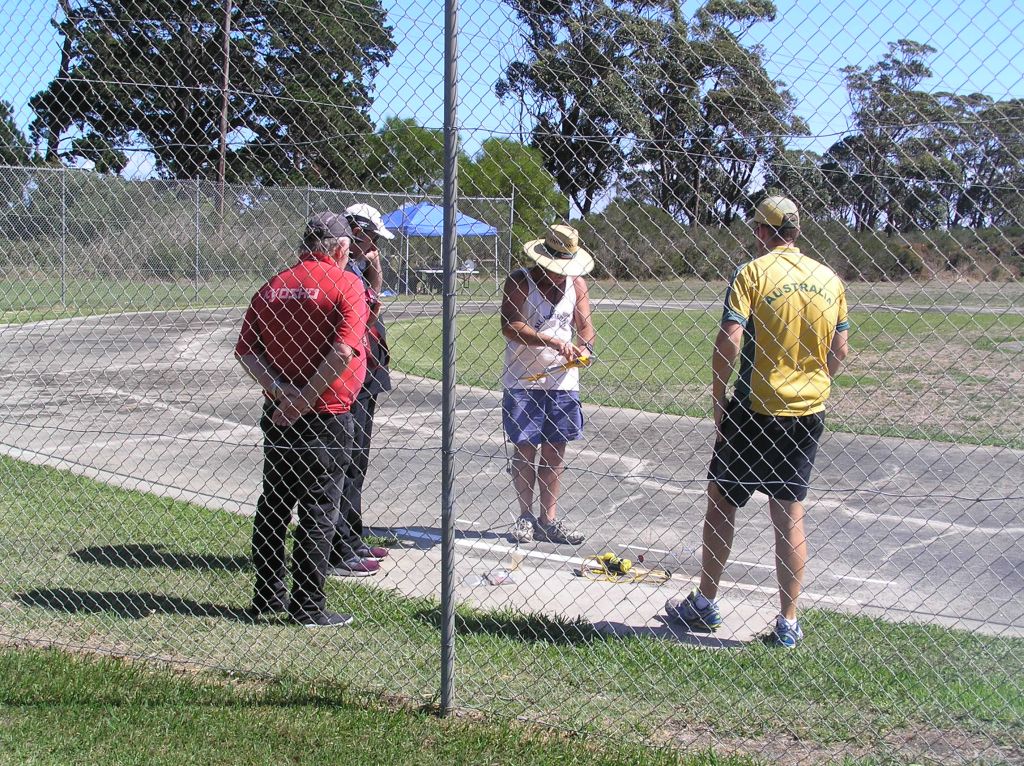 The regular gang turned up with Noel flying 3 classes, I had 2 models one was a new Novarossi .21 for Class 5 that I built up. In practice days before it was a bit disappointing considering the excellent readings on the test bench but slowly improved during comp; only had 7 tanks so far.

Murray flew his No. 2 FAI model which was a bit slow as he was testing some new props that did not work. After the comp he tried a few more which went well. Harry and Ken flew their 1/2A Proto to South Australian rules in old Mini Goodyear models.

Next comp is Victorian State Champs with FAI and combined on Saturday with the longer line speed models on the grass at Frankston on Monday.