Classic FAI  & Vintage A Team Race. Brilliant weather conditions greeted competitors at CLAMF!  Ron wore Graeme out tuning for Classic FAI, pulled out of round 1 to get breath back, flew round 2, 3 stopped a/c dropped laps, came in on lap 97, struggled to complete 100 laps so Ken took up flying duties for Ron in final & managed to take 1st place by 2 seconds over the Nugent/Ellins team, Murray & Keith a further 19 seconds back for 3rd place. 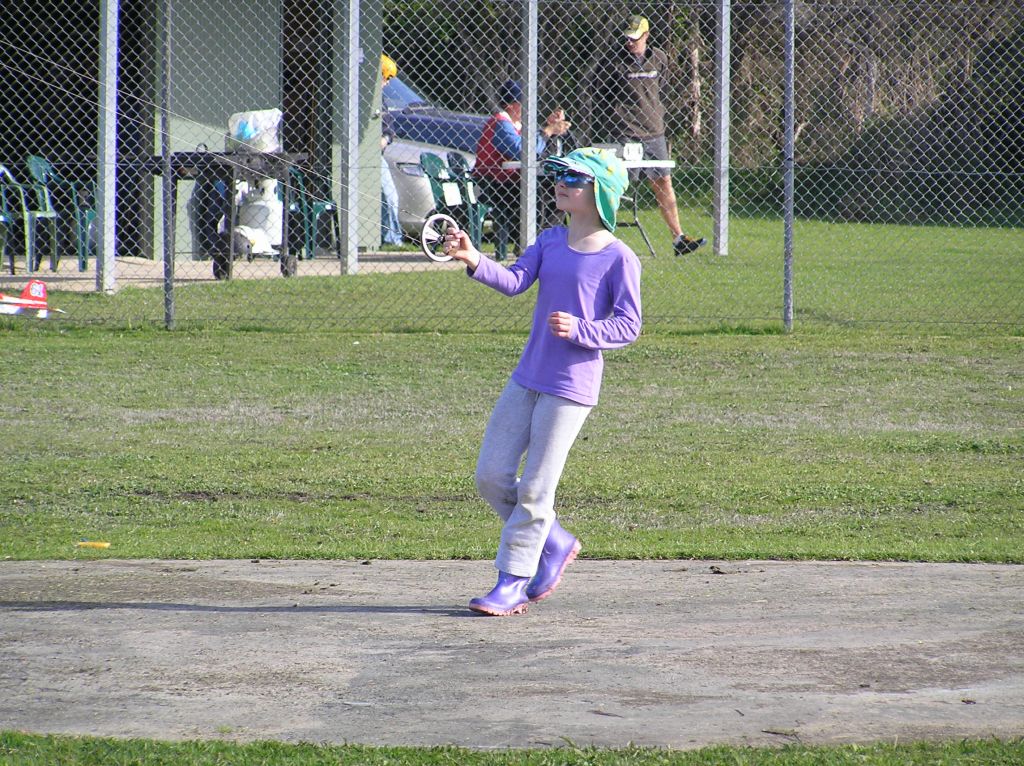 Robin pitted for Ken in the heats & Harry & Peter were having problems with model running in, did it at least 3 times during practice & racing.

Before Vintage A, Murray & Robin got on the circle to put up some F2A flights, taking advantage of good weather when you can especially in Melbourne during the winter months.

Two up races were held in Vintage A T/R a/c lack of helpers, Murray was using a Ridley Oliver in his old Voodoo model, had all sorts of trouble getting a tune & when they finally got some sense out of it broke the outboard wing off the model, a bit of zap & they were back in the air but the engine now sounded quite off so they withdrew. Andrew & Mark set down a good time of 3:16 to be well ahead of the other 2 teams of Harry & Peter, Ken & Murray & this is how it was in the final placings. All models were Dimpled Dumplings using Rothwell 250’s for power. Fiona turned up just before the final so we could have a 3 up race.

Once the circle was clear Ron Lacey put in some practice with his new Profi powered F2C Model, he now has a Lerner, Sosnovsky & Profi to play with, Murray was on the other end going around & around for quite a few laps. We were actually really lucky as the 3 weeks in a row we were in WA, NSW & then Frankston we had perfect conditions to fly.